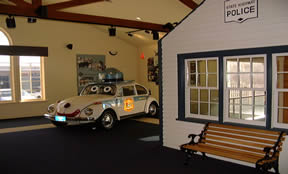 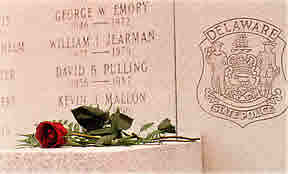 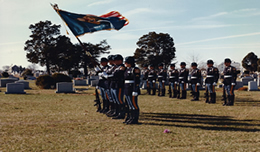 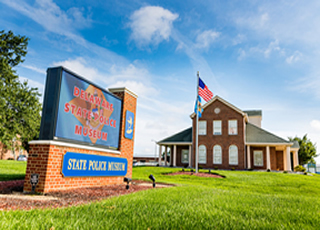 In January, 1966, Troop 2A was designated as the 6th fully operational troop in the state. It was not officially renamed Troop 6 until 1969.

In 1966, transistorized radios replaced the old radios in police cars, resulting in better performance and less maintenance. Other improvements were made in the field of interstate communications when the automatic high-speed teletype system was expanded to include 46 of the 50 states. At that time the system still used the punched ticker tapes. 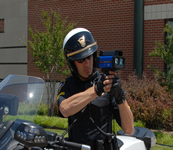 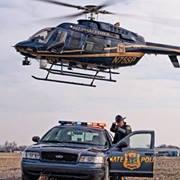 In September, 1967, the Superior Court in Wilmington ruled that a RADAR reading relayed from one officer to another could be the basis for a legal speeding arrest, so long as the citing officer could see the violator at the time the speed was being measured. In March of the following year, the legislature passed a bill giving police the authority to make speed arrests without warrants based on the reports of another officer operating a RADAR set or monitoring speed from an aircraft. 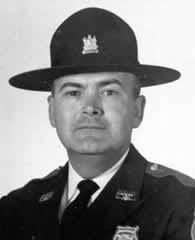 On September 20, 1967, Colonel Eugene B. Ellis died from a heart attack while he was on terminal leave just 15 days before his retirement date. Colonel Ellis was stricken in Alexander’s Restaurant in Dover at 11:15 pm where he was participating in a panel discussion on law enforcement at a meeting of the Dover Kiwanis Club. During his tenure, he was named acting motor vehicle commissioner, the only active member of the state police to serve in that capacity. He had recently accepted a position as the Deputy Highway Safety Coordinator for Delaware. Colonel Ellis was buried at the Union Cemetery in Georgetown. 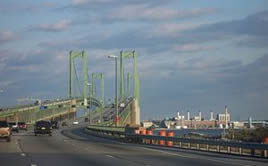 The twin span of the Delaware Memorial Bridge opened in September, 1968, with troopers providing protection for Vice President Hubert Humphrey, who attended the ribbon-cutting ceremony. Also in September, construction started on the new Delaware State Police training academy next to the state police headquarters in Dover. The new building finally opened in March of 1970. Plans for a large class of recruits got underway that same year, with the authorized strength of the department at four hundred.

On October 10, 1968, the state police set up a new patrol division at the Turnpike Administration Building near the Maryland state line. Troop 8 was responsible for patrolling all of I-95 and the soon-to-be-opened I-495. In 1969, the troop numbering system was re-established, with Troop 2A renamed as Troop 6, Troop 4A renamed Troop 7, and the Turnpike Troop given the designator of Troop 8.

In 1968, Delaware State Police started using teletype keyboards with monitors to run computer checks on vehicles and drivers’ licenses, and were also tied into a national crime information network. The central database for in-state motor vehicle and license information was the responsibility of the State Highway Department. The old system required communications personnel to manually look-up the records. A short time later, the state police linked their computer terminals to the National Crime Information Center, in Washington, D.C., which was a computerized index of all wanted persons and property sought by participating police agencies in the country.

Legislation passed in April, 1969, established the "implied consent" law, whereby any driver of a motor vehicle suspected of driving under the influence is deemed to have given his consent to submit to a blood-alcohol test. Another law passed at the same time lowered the level of alcohol necessary to be considered under the influence from .15 to .10 percent. 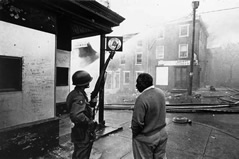 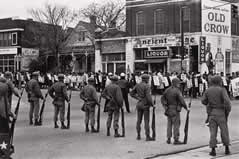 The decade ended in violence and civil unrest as the state police joined with the Delaware National Guard in supplementing the Wilmington Police department after two days marked by rioting, burning and looting in the streets of Wilmington in April of 1968. Troopers and National Guardsmen would continue to provide a presence in the City of Wilmington in an effort to quell the disturbance until January of the following year. Unfortunately, the coming decade would bring increasing trends in crime, drug use and violence. The violence would be felt on a personal level when two young troopers were slain in the performance of their duties.

By the end of the 1960's, the actual strength of the organization stood at 308, while the number of officers authorized by the General Assembly was 400. Starting pay was still at $6800 per year. It was suggested that an incentive program be implemented to try to encourage officers to stay beyond their retirement date, by offering an increase in the pension for each year the officer stayed beyond his 20 year retirement date.